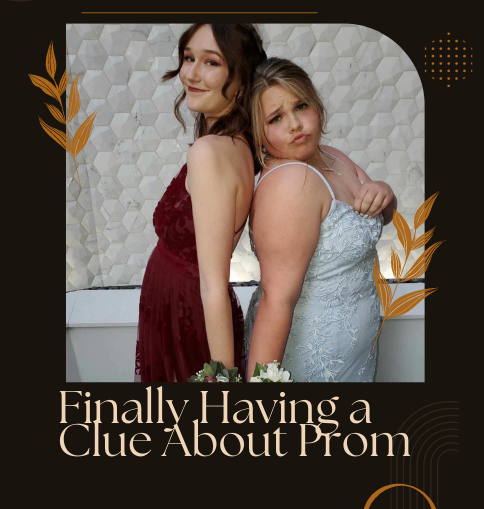 Prom is something that every person looks forward to growing up. The dresses, the makeup, the hair. I mean, what’s not to love about it?

On Saturday April 23, 2022 I went to my very first prom. While hearing things from the seniors, who’ve already had one, I didn’t have a clear vision of what prom was supposed to be. Many people said to over- plan for that day while others said “it’s just another dance, don’t worry”.

I ended up slightly over-planning for prom.  My friends and I started getting ready at 2:30 and had a set schedule for pictures, dinner, etc.

After we finished all the basics for prom we were ready to get down on the dance floor. We arrived at prom around 9:00 pm.  The school has a set time for when we are supposed to be at prom, that way everyone knows we were safe. Throughout the night I was able to mingle with some of my friends and talk about how gorgeous their dresses were. There was also a photo booth in which I spent most of my night, taking all types of photos.

As the time grew longer it was finally time for coronation, the juniors ended up crowning their two princesses Sarah Day & Ahok Apayo. The seniors shortly after named their prom queen, Kathleen Wilson, who was crowned by last year’s prom queen.

Overall prom was a big success, even though I had blisters from my shoes the next day.