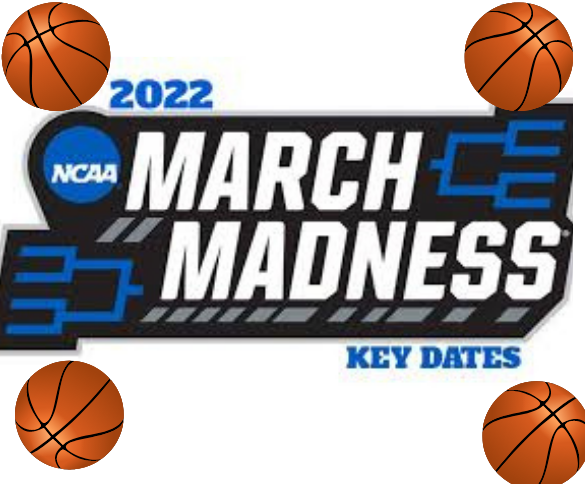 Apparently to my parents, who made me fill out a winners bracket, March Madness is a big deal. I don’t understand why but it is. It’s a single-elimination tournament played each spring in the United States, currently featuring 68 college teams. They compete in 7 rounds facing off with each other. They play against each other based on their rankings.

The committee will look at record, strength of schedule and quality of wins and losses, among other factors, to rank the field of teams from 1 to 68. This ranking is very important because it helps players compete fairly amongst each other. So far there have been 48 games played and multiple more left, leaving much excitement to the fans. Sadly for anyone who isn’t cheering on Kansas, they might have to start getting their hopes up because Kansas is predicted to win March Madness all around. From the look on T.V. though, fans seem to be not giving up and rooting for their team to take home the trophy.

March Madness has been going on since 1936. The way in which the teams are chosen is that they either bid to get in or they are invited. People have been so interested since the start of this tournament that people formed winners brackets. These winners brackets in a sense help people place their bets on whose going to win.

After all this research I still don’t get it why it’s a big deal, but I do know I most definitely did the winners bracket wrong.

A Final Song and Dance

Monarchs On a Journey