You are here
Home > Articles > The Best Coaches Around Town! 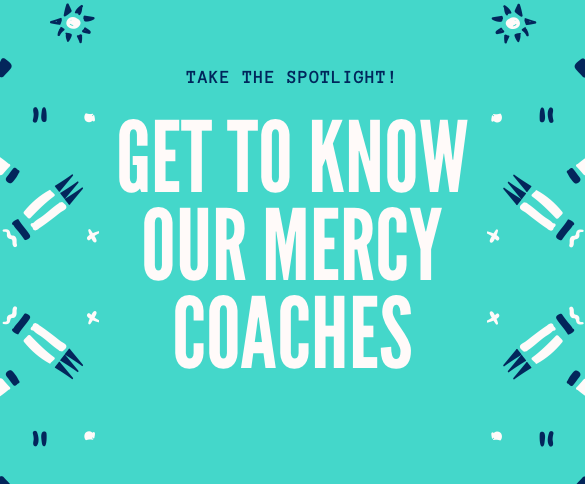 Our first coach is Mr. Stara. He attended high school at Aquinas Catholic in David City, Nebraska and college at Midland University in Fremont, Nebraska. He has been coaching track at Mercy for fourteen years and his favorite thing about being a coach is seeing the girls work hard and preform to the best of their abilities.

The next coach featured is Ms. Mousel. She went to Spalding Catholic in Granville, Iowa for high school and college at Briar Cliff College in Sioux City, Iowa. She has been coaching at Mercy High School for fifteen years. Her favorite thing about coaching is the “interaction with the athletes and seeing them improve and succeed as the season progresses.”

The third coach is Coach Austin. He went to high school at Waterloo East in Iowa and college at Luther College for his undergraduate. He continued on to Northern Iowa for his masters and the University of South Dakota for his doctoral degree. He has been at Mercy for eight years and coaches both track and cross country. He loves showing students and athletes the connection between being a good student and a good athlete.

The next coach is our current tennis coach, Mrs. Sloboth. She has been working in the area of tennis and sports since 1995. She went to the University of Nebraska-Lincoln for a bachelor of science and education.

Our final coach is Ms. Blessie. She attended Mercy High School herself and played soccer for our team. She continued her soccer career at Missouri Western State University. She recently rejoined the Mercy community as a teach and a coach. Her favorite thing about coaching is how much fun the girls can be as well as the rewarding feeling when people reach the goals they have been working for. Ms. Blessie coaches alongside Coach Leahy!

Here at Mercy High School we have amazing faculty and staff!

Picture of the Week!

Why You Should Take Convergence of Media

Behind the Scenes of Mercy Music and Theater

The Meaning of Easter