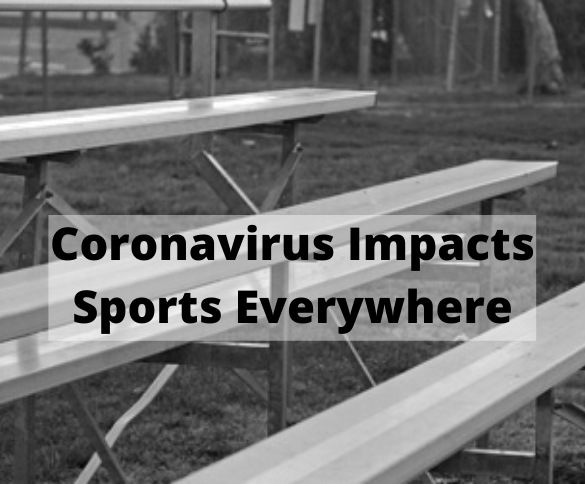 Due to the coronavirus pandemic, sports across the United States and around the world have been either postponed or canceled completely. Some of these sports include the NBA basketball season, the College World Series, and even area high schools’ entire spring season. That means that soccer, tennis, track, and baseball have all been suspended.

Because my family is invested into a lot of these events, I asked how some of them felt about the cancelations and suspensions. My dad stated, “I never knew the virus would get so out of hand that they would have to cancel a majority of the things that people look forward to, especially the College World Series. I know a lot of people have family and friends come watch it with them.”

My brother enjoys the NBA so I asked him how he felt when he heard it was postponed. “I mean, it stinks for us as the spectators because we don’t have anything to watch anymore, but think about the actual players. They must have felt lost knowing that they can’t play this season”.

Another event that was canceled was the NCAA March Madness basketball tournament. I was bummed to see this canceled because my family has a lot of fun betting on the teams that may or may not win. I knew one of my cousins would be upset so I asked about what he thought about the situation. “March Madness was one of the things I looked forward to in March. It’s a bummer that it got canceled, but as long as the players and coaches are healthy, it’s all good.”

From Omaha to Dublin

Picture of the Week

Mission Week: How are Student Organizations Helping Out?