You are here
Home > Around Mercy > National Competitors 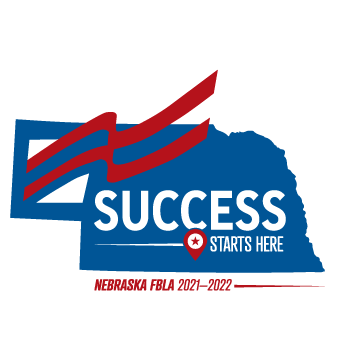 I stepped up to the stage with two of my teammates. We stood in front of hundreds of other students from all across the state as the announcer began calling our places. In eighth place… seventh… sixth… fifth… fourth… third place… Mercy High School, Lindsey Wessling, Princess McElroy, and Macy Lakeman! We approached our trophy with shock that we had just qualified for Nationals in Chicago.

Only the competitors of Future Business Leaders of America (FBLA) understand the pressure of studying for numerous hour-long business-oriented tests. The feeling of qualifying for nationals in front of the entire state-wide FBLA community completely trumps the feeling of receiving the email that I qualified for a case study at State. Six Mercy upperclasswomen advanced to the national level at the end of June to compete with other finalists from the entire country: Princess McElroy ‘23, Lindsey Wessling ‘22, Macy Lakeman ‘22, Josie Browning ‘22, Clare Jandrain ‘22, and Tessa Malesker ‘22. Being the only junior from Mercy attending this competitive and pretentious conference is a little intimidating to say the least, but I know I will be given endless support from each of the other five girls attending as well.

This year, the National Leadership Conference (NLC) will be held in Chicago, Illinois. Hundreds of talented and skilled FBLA members from every state in the country will be competing at this conference in dozens of different events. I am sure that there is not a single competitor in this nation that is not absolutely filled with nerves for preparation of this high-class event. To most who are not in extracurricular academic competitions (because let’s be honest—this whole thing is kind of seen like a gargantuan nerd convention insert eye roll emoji) it is very hard to understand the amount of emotions that go down during these type of events. From the laughter on the drive to the conference center, the fear before competing, the joy and sadness depending on whether or not you qualified, it is quite honestly a non-physical, future-dependent, more expensive roller coaster.

As we each prepare for this conference, it is important to congratulate ourselves for the distance that we have been able to come already. Without the support and organization of Mrs. Krajicek and all the other FBLA members at Mercy, we six girls would not have been able to make it as far as we did. I am more than excited to travel to Chicago with some of the most encouraging girls that I know.

The Ghost of Mary Agnes: Myth or Reality?