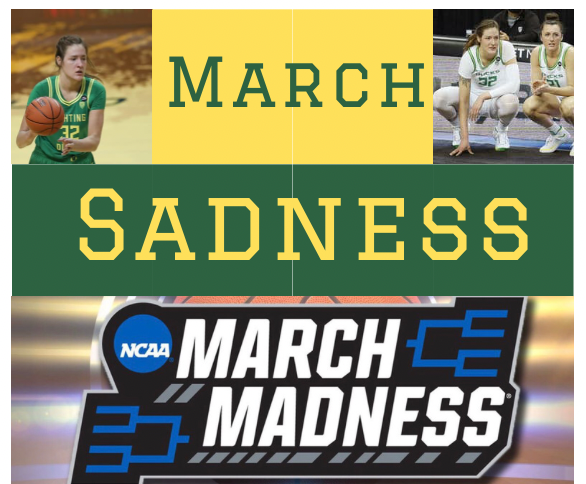 Sedona Prince, who is a player for Oregon, spoke out on Tik Tok about how pathetic the women’s weight room was. The women got one rack of dumbbells to use for the first and second rounds of the tournament. Zach Zillner, the Texas director of sports performance says, “Same sport. Same national tournament. Same number of teams. Women’s basketball only has access to one stationary bike and a ‘weight pyramid’ for the fist 2 rounds. Women’s basketball can’t use the weight room till the sweet 16. Men’s basketball has access to their right away.”

Sports should be that safe place when your gender should not affect the way you are treated. The NCAA vice president of women’s basketball, Lynn Holzman, spoke out saying the weight room situation was due to a “lack of space,” but as seen in pictures, there is no excuse for the pitiful treatment the women’s team has endured.

Prince brought attention to the inequalities from the men’s tournament and the women’s tournament. Not only was the weight room a pitiful treatment of the women’s program, the food was also very different from the men’s. As seen on Twitter, players in the men’s bracket had buffet style meals with many options and nutritious food for the players. Prince has been making Tik Tok videos of her experiences throughout the tournament. She would make a clip of what the women were served for every meal. Men got hot, gourmet meals while the women got boxes of what looked like microwaved, less appetizing and less nutritious meals.

Swag bags are another difference between the men and woman in the tournament. The men seemed to receive a huge number of high quality gifts while the woman got a cheap gifts that looked like a good bag from a birthday party.

Sad to see the coaches response to the situation of the inequalities between the men and women. None of the coaches were shocked that the women were the ones with the shortcomings. Nothing fell short for the men, just the women who are in the same program, same schools, and who have the same athletic abilities. The female athletes were not surprised by the situation either. It is disappointing to know that this subject of the inequality between the two programs would have gone unchanged unless the NCAA received backlash from fans. The NCAA needs to do better.

A Tour of the Senior “Hidden Valley”

5 Things You Didn’t Know About Mercy