You are here
Home > Around Omaha > Snow Hits Omaha 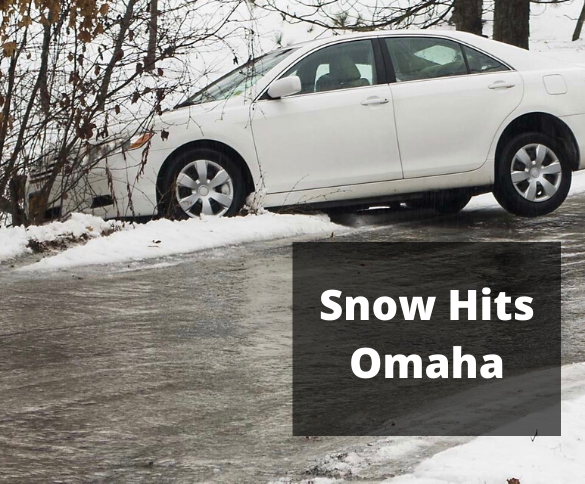 Omaha saw snow on Friday, January 10th, making the roads slick and dangerous for drivers. Plows were prepared the day before and got the roads prepped, but the roads were still slick enough for accidents, such as one where cars ended up in a ditch due to the ice on the roads.

Drivers were advised to stay indoors during the snow. Ethan Downey, a truck driver, said, “It’s pretty bad. It’s slick. It comes down hard. It reduces visibility and of course the roads are no good for handling.”

The weather began with rain which slowly turned into sleet, which made the roads extremely dangerous to be on. Another driver, Ryan Garland, explained, “It’s definitely a little scary, especially when you’re on the road yourself and you feel yourself slipping every now and then.” The water on the roads started to freeze once the temperature dropped significantly.

After the snow ceased, plows began to salt the streets in as many locations as possible to avoid the risk of more accidents and injuries that might occur while on the road.