You are here
Home > Around Omaha > Oh Maha! 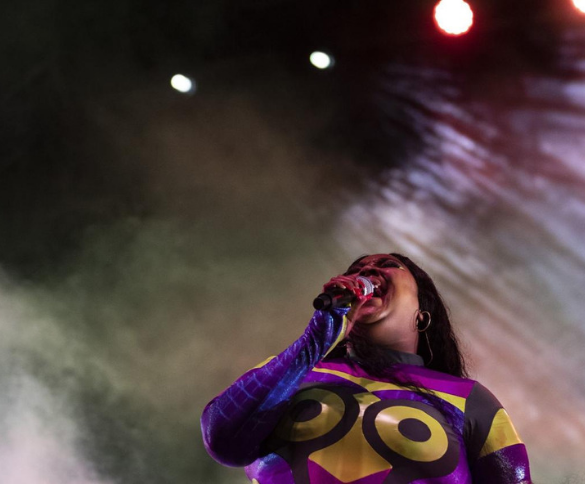 The weekend of August 14-17, Omaha welcomed many guests to perform at the annual Maha festival. This festival was hosted at Stinson Park and along with the music was food, a ball pit, a Ferris wheel, and pop-up shops.

This was noted to be the most successful turn out yet, with around 12,000 tickets sold.

The top guests performing this year were Lizzo, Matt and Kim, Oh Sees, and SnailMail.

Along with these performers was our very own Mr. von Kampen, MHS theatre teacher. His band, Bach Mai, was asked to perform at a new addition to Maha, known as “The Middle Night.”

The Middle Night took place at The Waiting Room on the Thursday night before the outdoor festival started!

When asked he said, “I’m very glad I did it! I had a really good time, it was probably the most important show we’ve played thus far.. the association with the big festival, it was really cool that we were asked to play for this new addition.”

Bach Mai has been playing for around five years and released their first album in 2016. This experience helped with nerves, “Playing the drums on stage with my band is something I’m used to, so it wasn’t nerve inducing.”

The weekend ended with Lizzo, a hit pop artist who headlined the festival. The crowd for her was extremely large, and she mentioned how grateful she was to be performing.

The Maha festival is something that many Omaha citizens consider to be very special and monumental to our city. Great music has the power to bring people together, and Omaha will value that for years to come!

How to Get Rid of Pregame Jitters

Mercy is Hosting the ACT!