You are here
Home > Fine Arts > Get FRONT Row Seats to FRONT! 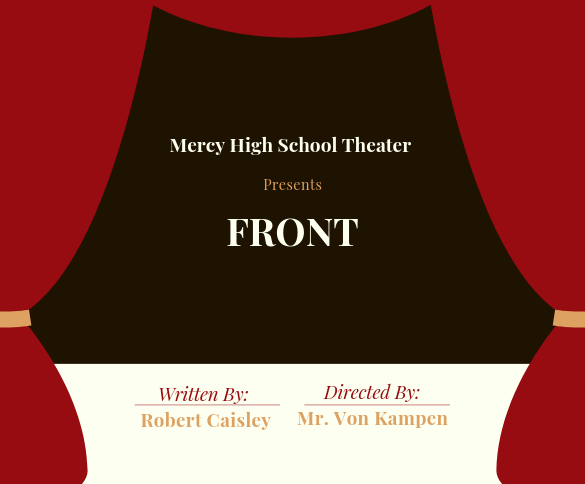 This year the show is called “Front” by Robert Caisley. It is a serious drama that tells the story of women during WWII. The setting is London. It shows how women went through very difficult times when their husbands went away and they were left behind to support their children and household. The play talks about how women went to work and had difficult choices they were forced to make.

Being at an all girls school, Mr. von Kampen believes this play is an excellent choice because women empowerment is a big part of “Front.” He told me he found the play last year and loved the message and theme so much, it stuck with him. The cast calls for thirteen females and five males. However, Mr. von Kampen said he will have a cast of about 20 to 25 people.

Auditions were on August 21 and 22. All the girls had to prepare a dramatic monologue and read scenes with a group. Von Kampen explained that this was his first time doing “open auditions” rather than individual, and he is excited and optimistic that they went well. The actresses are patiently waiting to hear back from him to see what role they will be playing.

The performance of “Front” will be performed on October 25th, 26th, and 27th. It sounds like it will be a wonderful production. Everyone should go see it and support Mercy Theater!

We Get It From Our Mommas— M.O.M.s Mass & Brunch