You are here
Home > Around Mercy > Where The Boys Aren’t: Why I Value My All-Girl Education

One of the greatest blessings in my life is Mercy High School. As an eighth grader my parents allowed me to have the freedom to choose where to go to high school. As I went to many open houses for Catholic schools around Omaha, I knew fairly quickly that I wanted to explore the all girls’ high schools more than co-ed schools.

After years of exploring my options, reading pamphlets that I received in the mail, and weighing pros and cons, I chose Mercy. 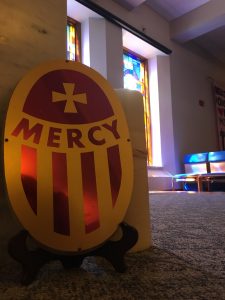 Before high school, I was an extremely shy girl who stuck close to a small group of friends. Only two other girls from my class were also going to Mercy, so at first I was a little nervous about making friends because I was so introverted. My cousin, Kelsey Lytle, is a year older than me and she had chosen to go to Mercy. She encouraged me to come shadow her, attend basketball games, plays, and other Mercy events during my eighth grade year. This made me realize that I would have so many new opportunities at Mercy. 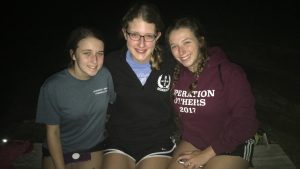 I believe that the all girls environment has helped me to break out of my shell and to try new things that I probably wouldn’t at a co-ed school. I love this environment because everyone supports each other despite any differences. Some may think that because there are only girls here, the drama would outweigh the love and support. I don’t believe this is true. No one is worried about how they look, or if they’re “too smart,” or if they need to impress any boys. I believe this aspect eliminates some stress that some girls may feel while going to a co-ed school. The sisterhood that is present in all-girls’ schools was a selling point for me and many others.

All-girls education opens doors for young women to participate and excel in male-dominated subjects such as math and science. The National Coalition of Girls’ Schools says “Graduates of girls’ schools are six times more likely to consider majoring in math, science, and technology…” I agree with this statement because next year I would like to major in nursing and I’m not afraid to choose that science-based major. Again, at an all-girls’ school, I believe that students become much more confident and want to show that they are smart, rather than “having to act dumb” in front of male students.

I am extremely thankful that I chose Mercy. It has provided a place for me to excel socially and academically. I’m not afraid to raise my hand and offer an answer in class. It’s not a huge deal if I show up to class with my hair in a messy bun. I have made many more friends than I expected to. I am so blessed by my all girls’ education.

A New Era of Dance

The Monarchs Are On Pointe